Unbricking of a Buffalo LinkStation Duo

I removed the RAID0-array to rebuild as a RAID1-array. Because there were errors during the creation of the array, I tried rebooting the device. Unfortunately, now it would not want to boot anymore.

I tried resetting to factory defaults (hold FUNCTION while powering on, then release and press once), but to no avail. 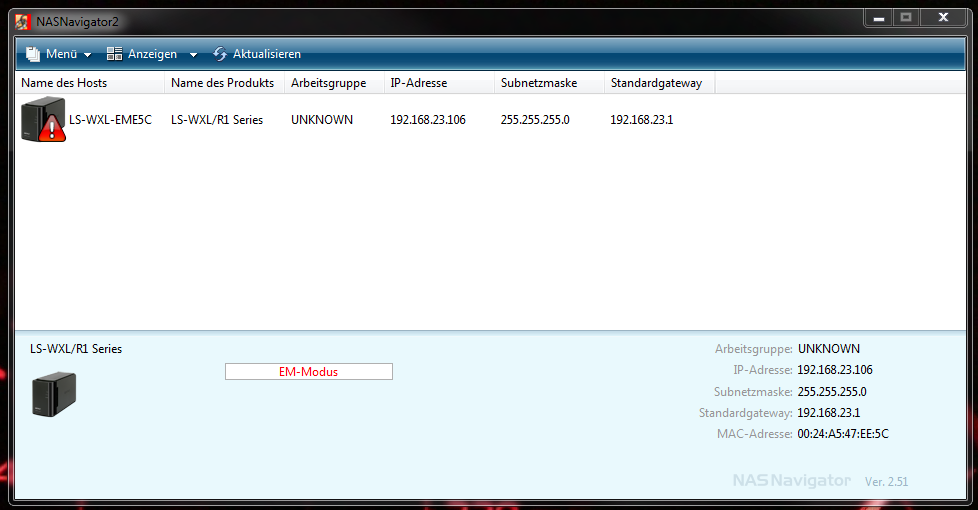 NASNavigator2 reported the device as in EM-Mode (Emergency) and requested a firmware update or a service call.LS-Updater would not update the firmware since it could not find the partitions.

So I removed the drives and connected them to my Windows PC with a USB-to-SATA-adapter. After removing all partitions, I inserted them back into the device.

The Function LED glows permanent red and now it was seriously bricked, since it had no operating system and it would not boot via TFTP.

Start LS-Updater, it should find the device in EM-Mode. Open System Menu and go to Debug-Options. 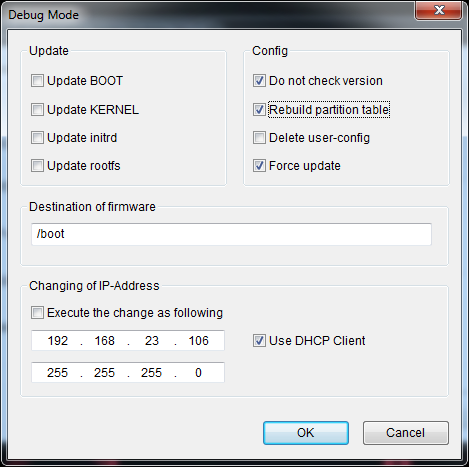 This will recreate the disk structures. It will take a while and end with an error message which can be ignored. 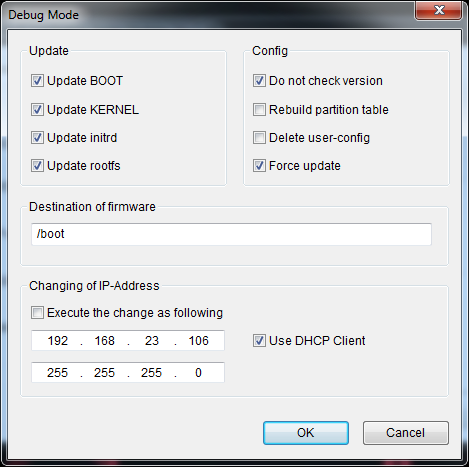 Now back to the Debug-Options. Deselect Rebuild table, select everything in the left Update column.

Since we have partitions, the update process can install the firmware. This may take a while. 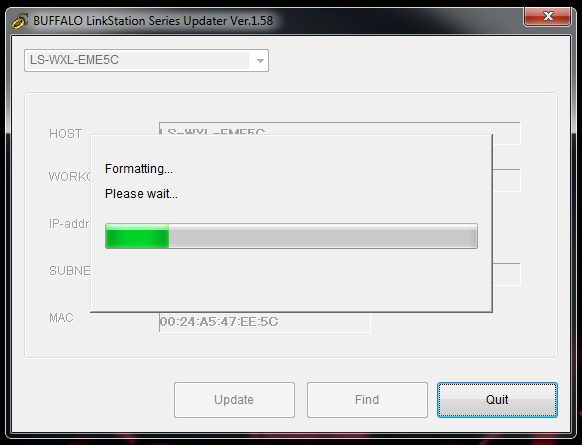 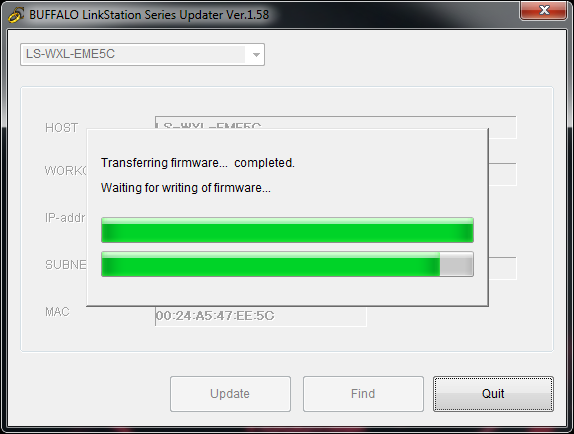 And it ends with an error message: 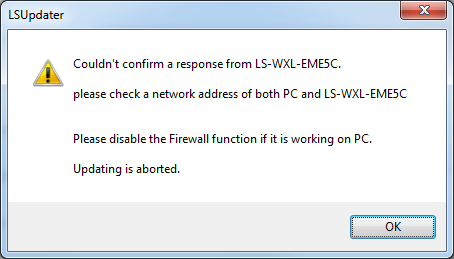 Now, power down, wait a few seconds and power up again.

Leave the device alone, it is updating and will reboot on its own. DO NOT TOUCH IT!

Wait until the power LED stops blinking after the reboot. 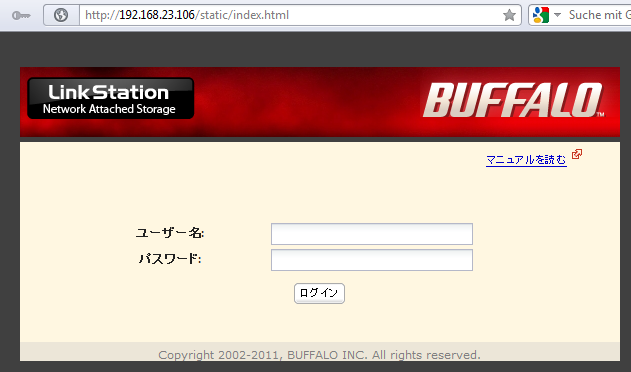 The device is now reachable via the browser.

Unfortunately, it defaulted to japanese, so after login, you might want to change this first. 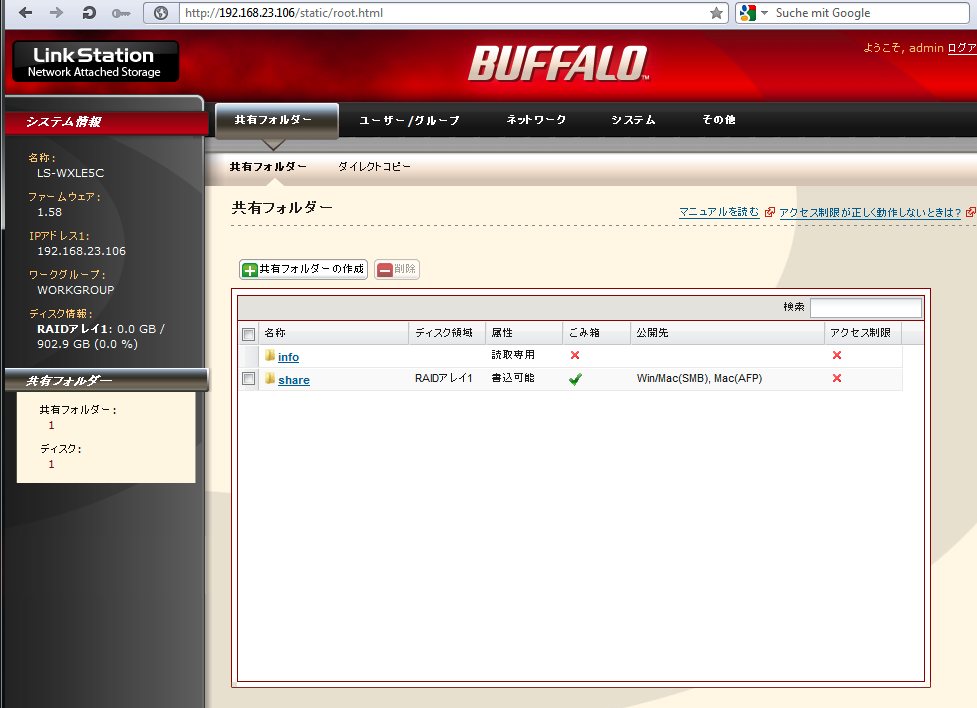 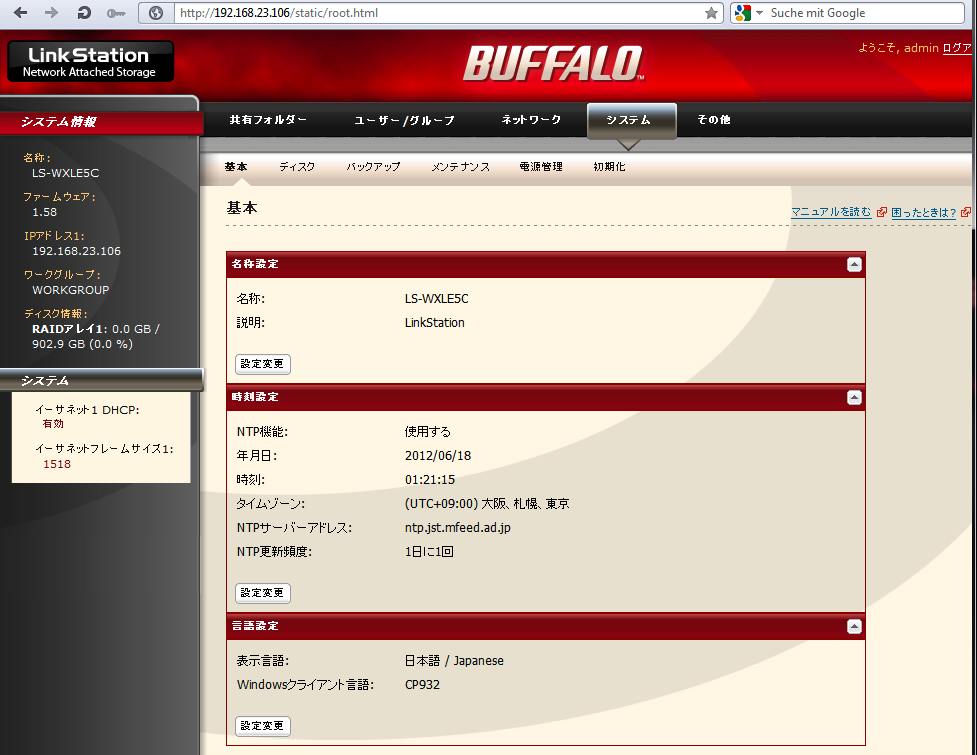 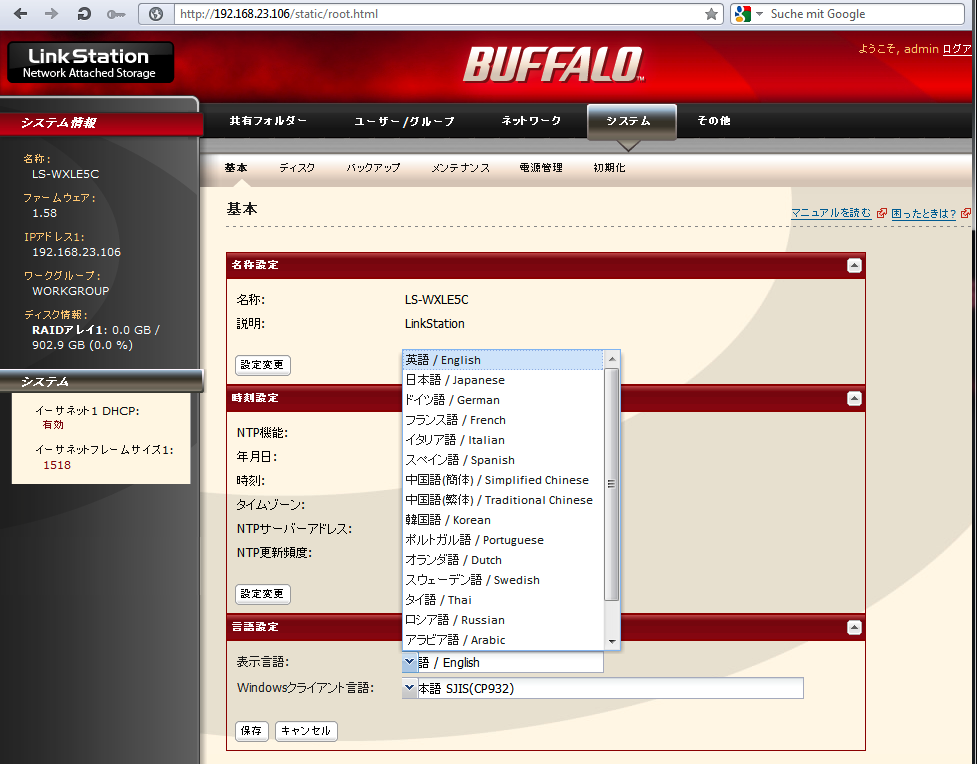 Congratulations, your LinkStation is back! Have fun configuring all the stuff again :-)

Thank you for linking this article!

... and finally: the references list is created manually, so no amount of referrer spamming will ever get you in there.